The EZK is the second ECU which is very important for a correct running 928. The EZK is responsible for the ignition system. While the other ECU, the LH is reponsible for the injection system. The EZK is a strong design and does not fail often, but last year we noticed an increase of failing EZK units. 928-ecu-repair built a testbench for testing and repair these units. Finally these units are tested in the 928 S4 and check on correct behaviour of the units.

Common symptoms of a broken 928 EZK controller are:


Before sending the unit, check the following input- and output-signals:

Removing the EZK from the 928

First disconnect the car battery by removing the earth strap which is below the toolkit in the boot of the car. Ensure the battery earth cannot be accidentally reconnected until you are ready to do so. 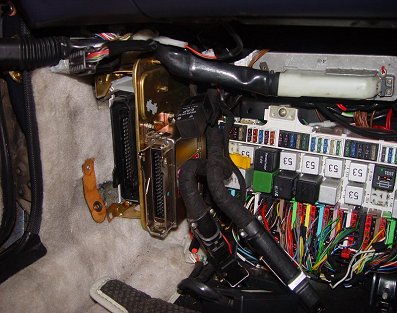 On the left the LH & EZK in the assembly (England).

The Ignition (EZK) and Fuel Injection (LH) control units are held in a special carrier located on the outer bulkhead to the left (England) or right (other countries) of the passenger footwell. The carrier is held by two 5mm Allen bolts or 10mm bolts depending on year / model. First raise the steel latches on the cable plugs. This releases the plugs from their sockets in the units. Then carefully remove the cables from their slots. Move the cables to one side if possible. Remove the auxiliary relay (where fitted) as shown in the picture. Now remove the two bolts and move the entire assembly outwards.
928-ecu-repair repairs the EZK and make it run within specs again. Repair involves sending in the broken unit and get the repair unit in return. 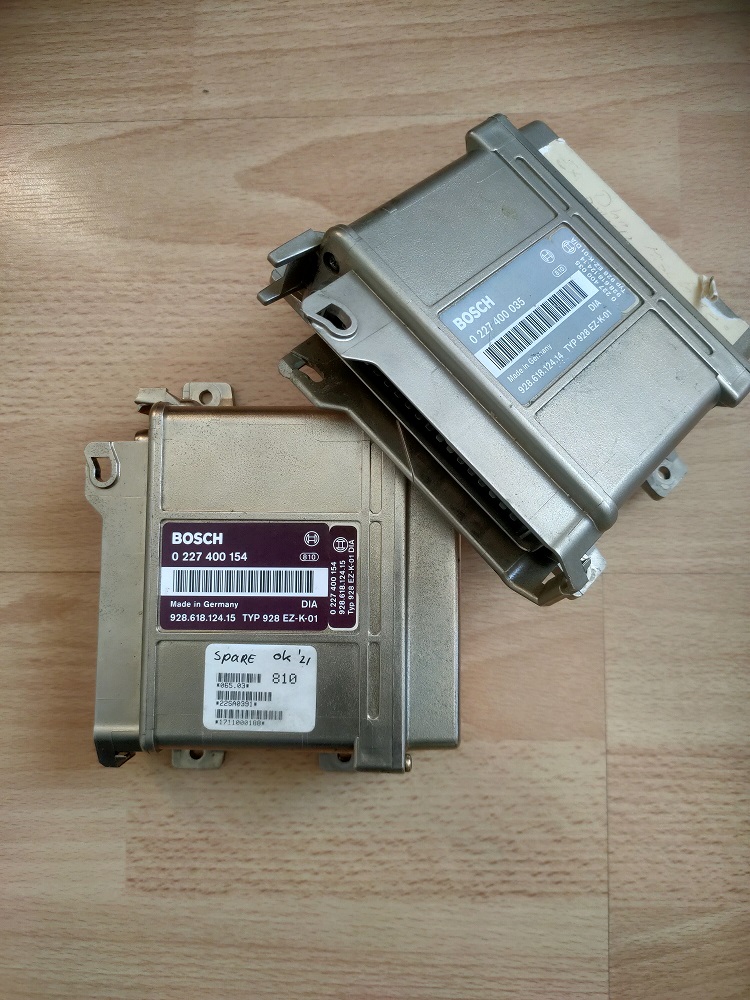 Porsche and Bosch partnumbers on the EZK:

928-ecu-repair offers a 1 year warranty on replaced parts and labor. Any obvious abuse of the unit will render the warranty invalid. Modifications to the car's systems are beyond our control, and are at owners' risk. Please email us for a quotation for your 928 EZK controller repair. Our preferred payment method is bank transfer (or Paypal for our international clients).